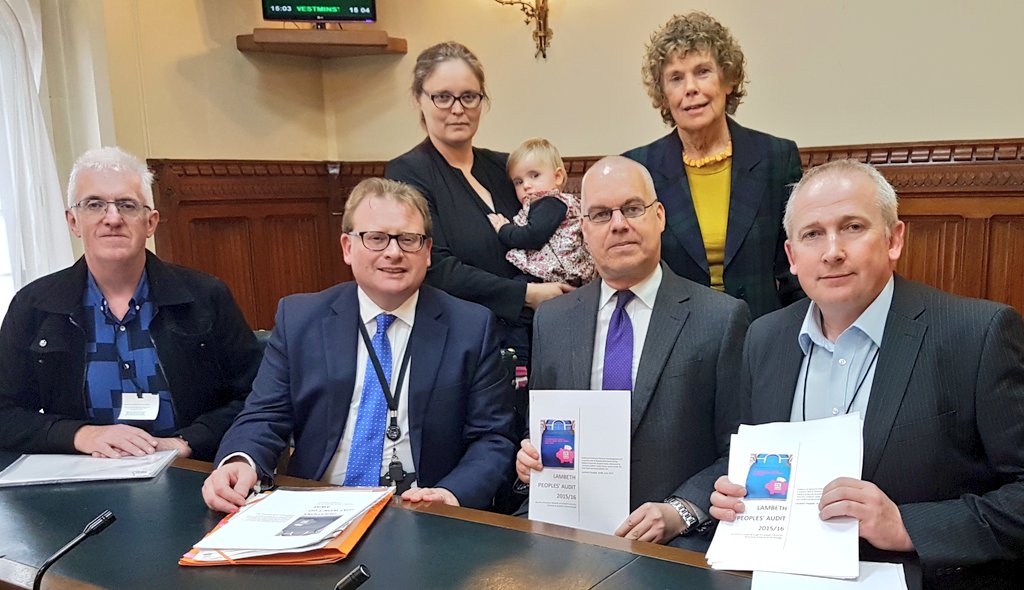 Lambeth Peoples Audit meet the minister: Pictured (from left) with Marcus Jones MP, Parliamentary Under Secretary of State (Minister for Local Government) are  Michael J Keane; (Mr Jones); Gerlinde Gniewosz; Simon Morrow; Kate Hoey, Labour MP for Vauxhall; and Pete Elliott, Lambeth Green party. Simon Morrow told News From Crystal Palace: “It is very telling that it was easier to get a meeting with a minister than it has been to meet Lambeth.” They have also met Meg Hillier, who chairs the public accounts committee. Meg Hillier is Labour & Co-op Member of Parliament for Hackney South & Shoreditch.

Lambeth council have been asked AGAIN to supply answers raised in the People’s Audit report issued more than two months ago and which was initially dismissed as a “pack of lies”.

As News From Crystal Palace reported in July  Lambeth People’s Audit said their report “unearthed evidence of extensive financial mismanagement and failings in its financial governance that suggest millions of pounds of taxpayers’ money is being wasted.”

Now a second report titled “Questions That Won’t Go Away” details the evidence unearthed and the concerns which Peoples Audit Lambeth say  “have yet to be properly investigated by the local authority.”