Last week News From Crystal Palace highlighted how we  emailed two Lambeth council press officers and a Lambeth cabinet member asking for any comment on a report done by Defend the Ten on Waterloo library.

All three pinged back as being possible ‘spam’.

News From Crystal Palace sent them again – having removed the words ‘Defend the Ten’ – and none came back.

“News From Crystal Palace has a concern that some emails may not be reaching their intended recipients at Lambeth council from ratepayers / concerned residents / reporters because they contain phrases such as ‘Defend the Ten’, ‘Carnegie library’ ‘Cressingham, Gardens’ ‘Shirley Oaks Survivors Association’ etc etc etc.

“If emails with such phrases are being blocked Lambeth council need to take a second look. Are internal memos on a different system? “If not, the same problem could still apply.”

Please could you tell me if your offer to meet with representatives from Shirley Oaks etc still stands in the wake of the council meeting on May 23rd being abandoned?

If the offer still stands, has any date been arranged to meet them?

In all three cases the same reply came back: Message not delivered. High probability of spam.

So we sent the same message to the Mayor having taken out the words ‘Shirley Oaks’: Please could you tell me if your offer to meet with representatives from the organisation representing victims of child abuse cases still stands in the wake of the council meeting on May 23rd being abandoned?

From the Mayor’s office, the same message:  Message not delivered. High probability of spam.

But the same question to the two press officers did get through – on Thursday June 14th at 6.11pm.

News From Crystal Palace have also asked the press office: What arrangements are being made for the press to attend any of  the child abuse case tribunals please?

No reply to either question yet…….

https://newsfromcrystalpalace.wordpress.com/2018/06/06/peoples-audit-lambeth-probing-councils-books-again-executive-pay-payments-for-chief-executives-senior-manager-numbers-under-the-spotlight/ … Dear @PeoplesAudit Thank You! I know that figure ferreting and digit detecting is your ‘thing’. But I would just like to say how much I appreciate your super-hero skills. I couldn’t do it so I’m b****y awed by the fact you do!

and this is what Janet Baker was referring to:

It seems Lambeth paid nearly half the value of the whole @WestNorwoodPH contract to @picturehouses in 2017-18. Couldn’t they have withheld some as leverage to get a @RitzyLivingWage for staff?

The Information Commissioner’s Office has told Gloucestershire County Council to disclose further commercial details of an incinerator deal, despite accepting that this could damage the interests of both the local authority and developer Urbaser Balfour Beatty (UBB).

There have been numerous freedom of information cases about the controversial £500m Javelin Park incinerator and Gloucestershire was last year ordered by the First Tier Tribunal to disclose most of the data it had wished to withhold. – Local Government Lawyer

This could be a game changer. It seems the goal post for public interest versus commercial confidentiality has just moved. Councils won’t be able to withhold information about contracts as easily. @GSwinburn @PeoplesAudit @peopleauditshef #Transparency http://www.localgovernmentlawyer.co.uk/index.php?option=com_content&view=article&id=35611%3Acouncil-ordered-to-disclose-further-information-on-incinerator-deal&catid=62&Itemid=30 …

For all those citizens exercising their right to audit council accounts take heed. Just because accounts are audited it doesn’t mean everything is ok. @PeoplesAudit @GSwinburn @peopleauditshef

Look out look out there’s a People’s Audit about!

Odd how many people seem unaware that libraries are already community hubs, librarians also serve as de facto community/information & advice/study support workers, and that £1 spent on libraries probably yields c.£5-£10 of savings from other budgets.

Libraries can be a model for how communities can work despite the greatest of challenges, faced both by themselves and those charged with caring for them but without the resource to do it. When will someone in the 2nd camp listen. Please. 4 now, @defendtheten @SaveLambthLibs

We have #schools begging for toilet rolls despite having the fifth largest economy in the world. How is that justifiable?

We also have Lambeth Council claiming that it pays over £50k a year to hundreds of teachers. Something doesn’t add up. @PeoplesAudit

PSST – WANT TO BE A LIBRARIAN? 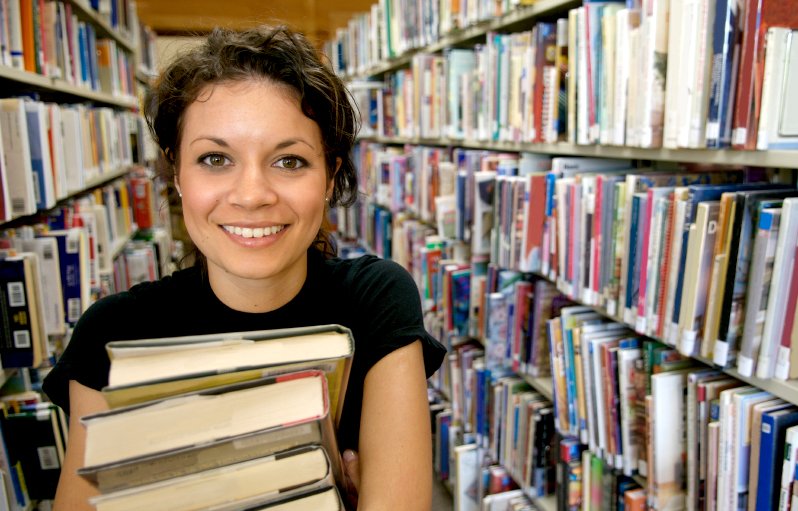 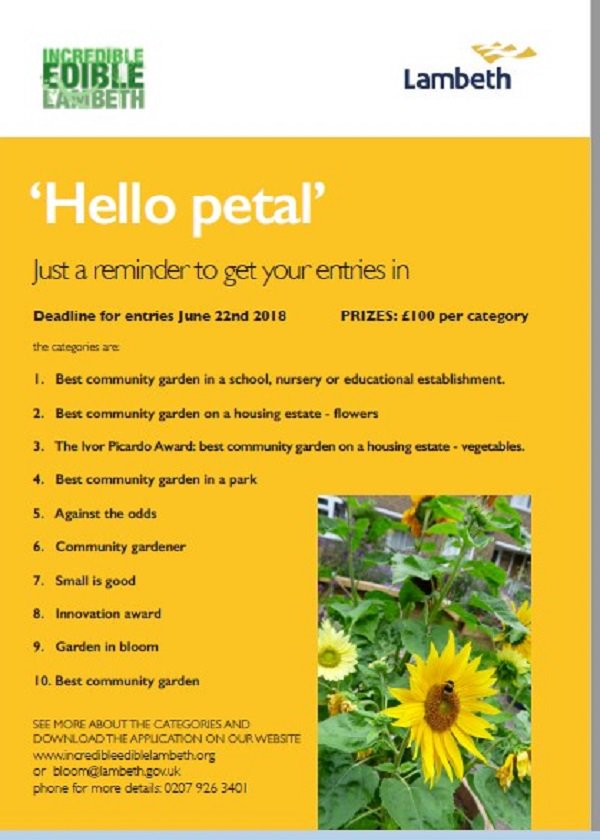 ‘Hello petal’: A reminder to get your Blooming Lambeth entries in for gorgeous gardens by June 22 for a chance to win £100 & be at the awards ceremony. SEE THE 10 CATEGORIES & DOWNLOAD AN APPLICATION FORM http://www.incredibleediblelambeth.org/email  bloom@lambeth.gov.uk/phone 0207 926 3401

Govia Thameslink Railway announce resignation of Chief Executive, Charles Horton. This will not address the delays and frustration faced by many commuters across #Lambeth & #Southwark as this sorry situation is more than one person at the top

As I said at our @TulseHillLabour branch meeting last night – our advice surgeries are full of people who have only had problems with UC (Universal Credit) who often find they can’t speak to anyone at the DWP for advice. Time to devolve job centres and social security to councils?? 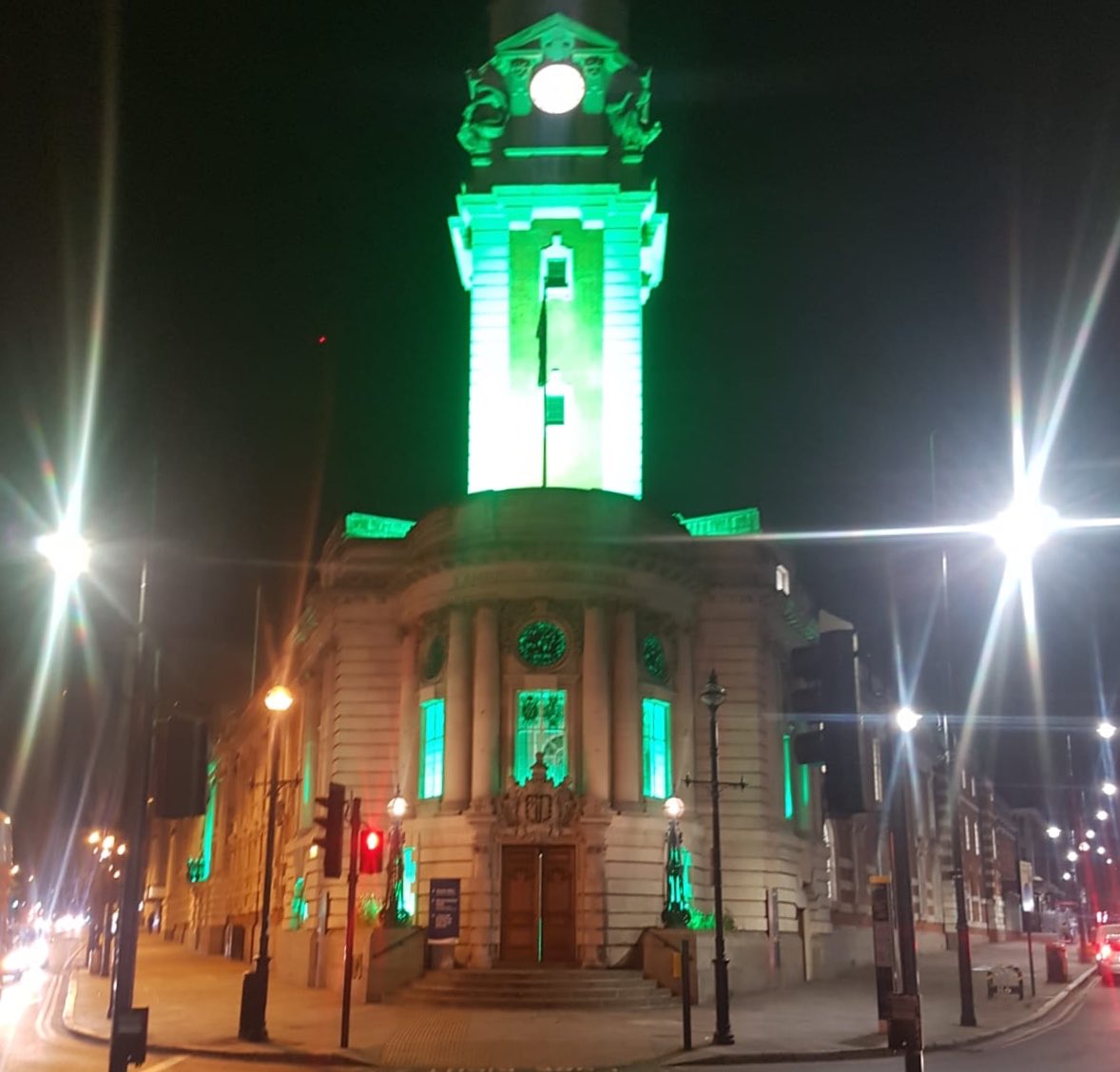 (But this photo did not appear on the council’s Love Lambeth website – Ed.)

QUOTE OF THE WEEK

I really enjoy election time – it’s an opportunity to have hundreds of conversations on the doorsteps with Lambeth residents. Most people I spoke to enjoyed living in the borough and were happy with council services.

Lambeth Democracy invited grass roots campaigns and organisations to a meeting to discuss working together for a Lambeth Peoples Parliament.

Two features were highlighted at the meeting. The cabinet system in Lambeth council served to concentrate power at the top, reinforced by the salaries paid at diffent levels between £10,000 and up to £30,000 for those with to responsibilities. The leader had the power to sack people and stop their pay. There was also a secret ‘informal’ cabinet where real decisions are made before going to the official body.

There was also the reluctance to provide information which requires Freedom of Information requests to dig it out. A recent change in the rules meant that five councillors are now needed to call in decisions for OSC (overview & scrutiny cttee) when before it had been one. There is only one oversight committee for all council business.

Finally it was recognised that we have to show the connection between the lack of democracy and poor decisions which had a negative impact on campaigning activity on issues like housing and libraries.

The meeting discussed how we could take some steps towards an LPP. One idea that was supported was to establish some Select Committees. There were some possible candidates – Housing, Libraries, Finance and Democracy. These would involve gathering information and holding meetings and calling witnesses.

Another basic function would be make an audit of grass roots democracy campaigns and in effect have a central register of contacts.

It was agreed to set up a steering group email list so we could communicate over the next steps. The SG will decide the date of the next meeting which will depend on progress on the above tasks.

Among those present at the meeting were activists from Defend the Ten Libraries, Lambeth Peoples Audit, Lambeth Democracy, Friends of Carnegie, the Lambeth Pensioners Action Group, and Assemblies for Democracy. The meeting was held on Saturday May 26 at Effra Space, Effra Parade between Brixton and Herne Hill.