New Secretary of State for Health and Social Care Matt Hancock MP has been invited to Lambeth to discuss a variety of health issues affecting the borough.

In their invitation to Mr Hancock they say:

Two of our major hospital trusts – King’s College and St George’s – are now in special financial measures as they spend £200 million a year more on care than they receive in funding.

As you know, King’s College hospital stepped in to take on the Princess Royal University hospital during the botched reorganisation of hospital provision in south London and has been paying the price ever since.

“Whilst we welcome the announcement of the Prime Minister’s £20 billion of additional funding we are concerned that too much is being swallowed up by PFI debt and other costs which should be renegotiated.

“Secondly since public health moved out of the NHS and into local authorities it has lost 10 per cent of its central Government funding making it harder to prevent illness and reduce the fburden on the NHS.”

They also repeat the much-questioned claim that the Government have cut Lambeth’s funding by 56 per cent.

The letter in full reads: 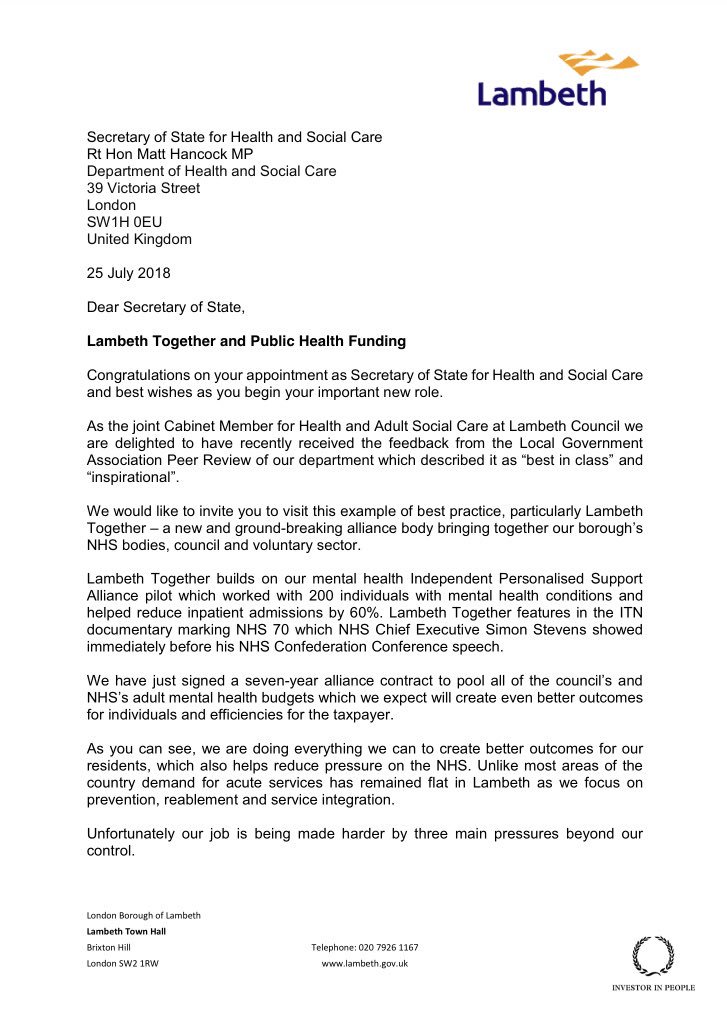 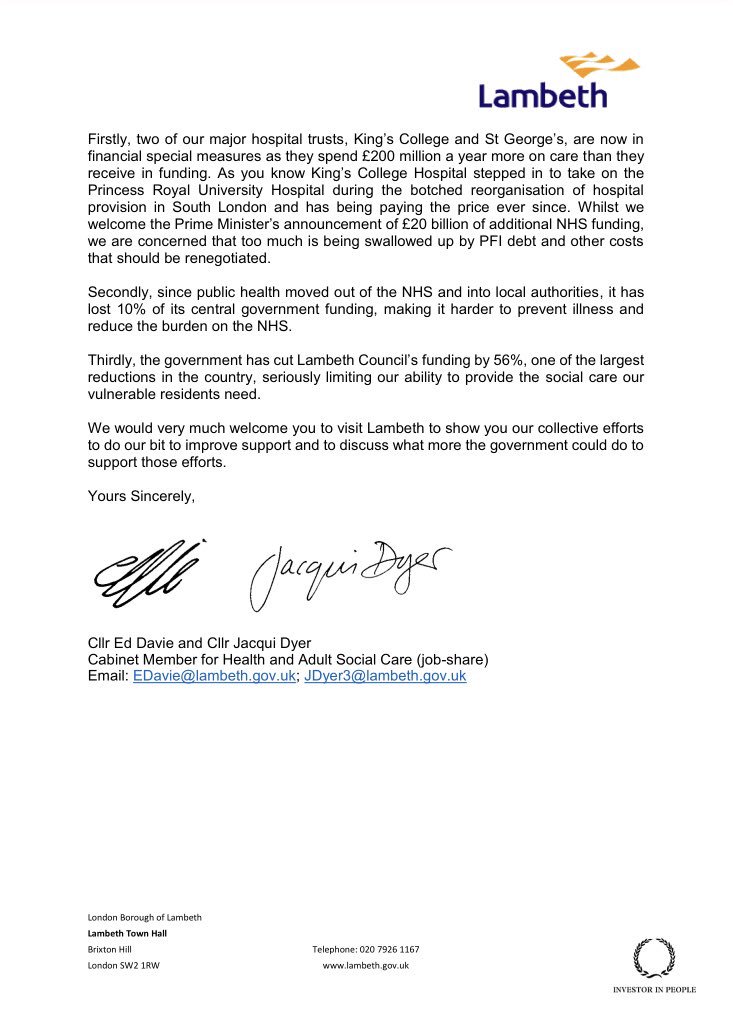