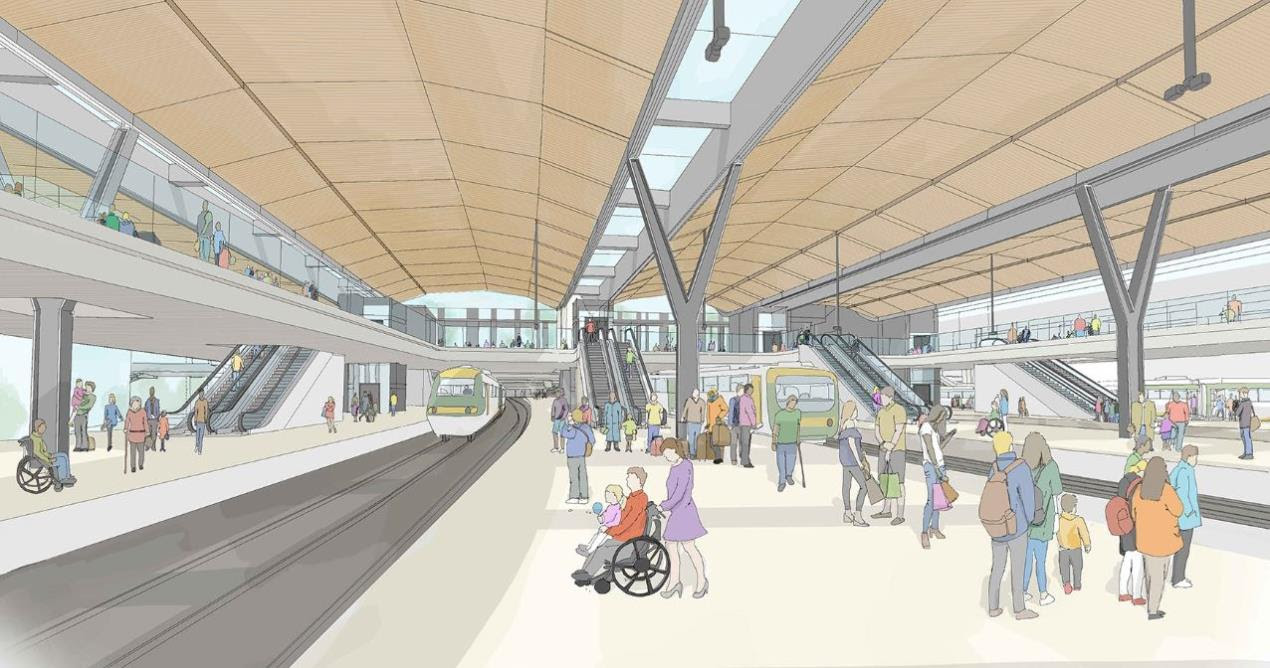 Residents and commuters are being encouraged to have their say on plans to improve the Brighton Main Line and transform East Croydon station, strengthening Croydon’s excellent transport links and importance as an economic centre for London and the South East.

The proposals from Network Rail would mean a more reliable, frequent and faster rail service for passengers in and around Croydon, by unblocking ‘the bottleneck’ in the Selhurst Triangle just outside Croydon, known for causing congestion and train delays; as well building additional tracks.

The project also includes the expansion and modernisation of East Croydon station, and would see the station rebuilt with a large concourse and two additional platforms, with improved facilities for passengers.

An online public consultation on the proposals begins on Monday 1 June, when people will be able to view and share their thoughts on the scheme.

The detailed proposals can be viewed online here from Monday, and during the consultation period the public will also be able to speak with Network Rail’s project team, including designers and engineers, using a live online chat facility. A dedicated consultation hotline will also be available for people wanting to ring and share their views and can be reached on 020 7118 0684.

Feedback can be submitted until Sunday 20 September 2020. The comments, which form part of Network Rail’s second consultation on some of the key elements of the Croydon Area Remodelling Scheme (CARS), will then be used to help shape the final designs.

Croydon council leader Cllr Tony Newman says: “This project is great news for our town. “The more reliable, frequent and faster services this scheme will bring coupled with the exciting expansion of East Croydon station, will really cement Croydon’s reputation as a destination to truly rival central London.

“This scheme represents a huge investment and vote of confidence in Croydon, and I’d urge all residents, passengers and businesses to participate in the consultation and have their say on this important scheme.”

And Cllr Stuart King, Croydon’s cabinet lead for transport, said: “The council has long supported this important redevelopment scheme because the proposed improvements are desperately needed. “This will have a significant impact, improving travel for thousands of Croydon residents and those working in or visiting our town centre.

“I’d encourage all residents and frequent users of East Croydon station to view the proposals and share their feedback as part of the consultation.” (Source: Croydon council press release)